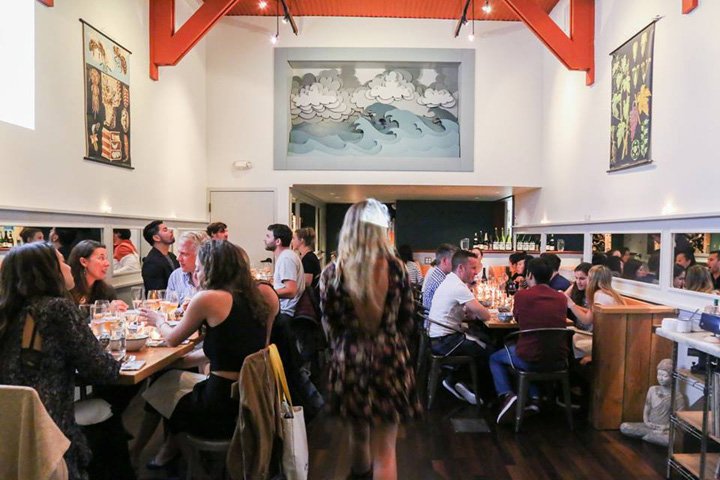 The Popularity of Restaurants-Within-Restaurants Pop Ups in SF

This is a cultural figure to take note of: There are 7,600 permanent restaurants in San Francisco. That’s about 112 restaurants per person, plenty to choose from. And that doesn’t include the 8-year-old phenomenon of pop ups, or small, temporary, specialized eateries opened within permanent restaurants. Some move from location to location.

Pop-ups began in 2009 in the city, and some of the earlier ones have evolved into fully fleshed restaurants themselves. They’re now an integral, very popular part of the SF dining landscape. An interesting example—according to a SFchronicle.com story—is Laura and Sayat Ozyilmaz who found cooking jobs in bespoke restaurants within two days of moving to SF, then opened up their pop-up within three months. It’s called Istanbul Modern and popped up in the dining room of a Mission restaurant. Their fare was Turkish inspired and the place was packed in February 2017.

Chefs are taking to pop-ups as a way to branch out from their normal cooking duties, cook what they love and gain an appreciative audience. Some pop-ups are created as proto-restaurants for eateries not ready to go prime time yet. Such is the case of Masak Masak. Through the Kitchen Window is another popular pop-up that holds monthly dinners at different locations around SF. It started as a special sit-down dinner at the Nopalito restaurant and now is a traveling eating experience of bonhomie and epicurean cuisine.