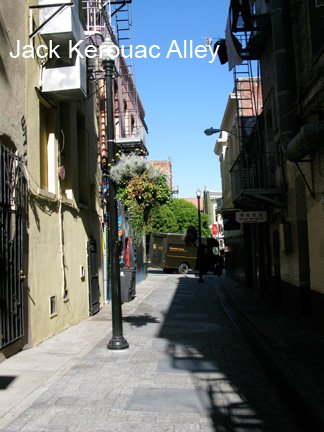 Living in SF means living in the land of amusing, quirky, and just plain odd street names. Take Fella Place. Could be straight out of the movie “Goodfellas,” but it isn’t. Bemusing and amusing, that one. Or Christmas Tree Point Road. Or Waldo Alley (looking for Waldo?).

There are, of course, a few dozen history books encapsulated in SF street names. One of the heartbeat streets of SF, Van Ness Avenue, was named after the colorful Gold Rush times Mayor John Van Ness. Or Mt. Davidson (not a street, but a park) which is the highest natural point in the city—which was named in honor of George Davidson, ex-president of the California Academy of Sciences. Our street names include explorers, Spanish missionaries, Gold Rush entrepreneurs and politicians, railroad tycoons, Civil War heroes and 20th century activists.

Some trivia facts: Green Street is named after a noteworthy businessman who was a total fraud, and wasn’t named Green; Broderick Street is named after a political boss type who was killed in a pistol duel against the California State Supreme Court’s chief justice; Woodward Street named after the developer/owner of a now-forgotten amusement park that used to be set up in the Mission.

Check out Noah Veltman’s interactive map on the history of street names and landmark names in the city by clicking here.