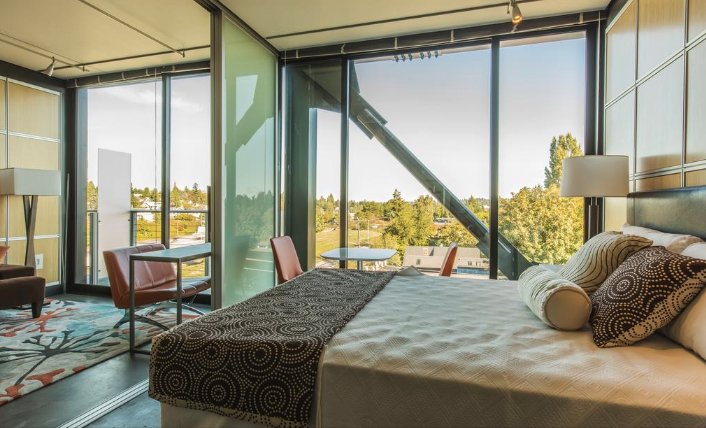 Tiny, Affordable Apartments Going Up in The Tenderloin

Tiny as a meme for how-to-live-in—as in tiny house—is catching fire in the city apartment living tableau in American cities where affordable housing is a chronic situation. Now in SF’s Tenderloin neighborhood, developer Forge Land Co. is at the permitting stage for building tiny 250-square-feet to 440-square-feet apartments at two different locations: 145 Leavenworth St. and 361 Turk St.

Construction on the two projects is expected to start by the end of 2018, with a total price tag of $63 million. That translates to $230,000 up to $336,000 per unit in build cost, including using modular systems and off-site construction of the steel frames used in the construction. The modular approach and off-site fabrication saves money, which makes the apartments affordable in a city where the median home now costs $1.6 million. But San Francisco unions are fighting modularity as those jobs are not done by San Francisco trades people. Forge is using all union workers on their Tenderloin projects and so far are not facing union opposition.