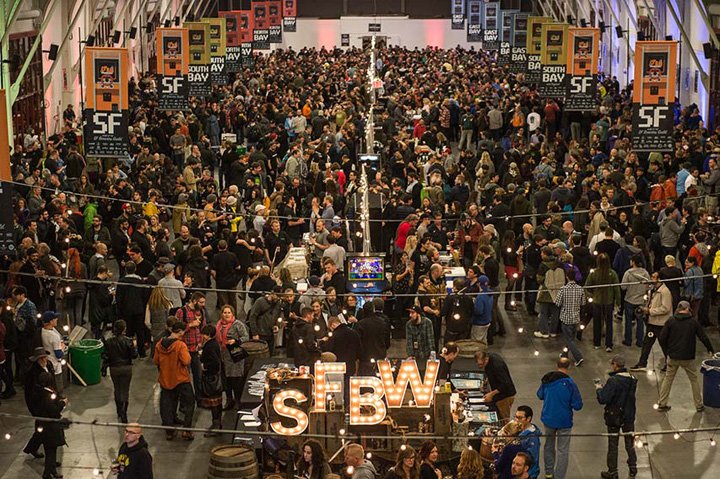 It’s not exactly Octoberfest in the beer and mustarded pretzel halls of Munich, but it is our own San Francisco version of Februaryfest. Feb 10 marks the kickoff of a fun, celebratory, yeasty SFBW festival that will provide craft beer lovers, family members and even kids something to get jazzed about.

The city is chock full of artisan beer brewers and houses and if you factor in Anchor Brewing Company which started the craft beer revolution here in always-creative SF then the city is ground zero for the artisan beer explosion in the US.

So much to choose from. Over at Anchor Beer you can enjoy the original California craft beer while operating a vintage printing press or dig into some crafty wood working. Part of the Beer Week is enjoying other crafts, so jump in, have some great suds and pick up some craft to give it a go. Over at the ThirstyBear Organic Brewery they’ve brought in Flamenco dancers to pair the chef’s tapas, and the brews with toe-tapping songs and dance. In one of the city’s privately owned open-to-public spaces local art is paired with Fort Point Beer Company’s show-offy brews.

And since Valentine’s Day is Tuesday, Feb 14, you can turn Februaryfest into a romantic interlude celebrated with intimate talk and flights of creatively crafted beer. Over at Mangnolia Gastropub there’s an annual Oyster & Beer Valentine Extravaganza which features their Oysterhead Stout brewed with whole Hog Island oysters tossed in the brew. Aphrodisiac beer anyone?

Check out much of the fun stuff here.