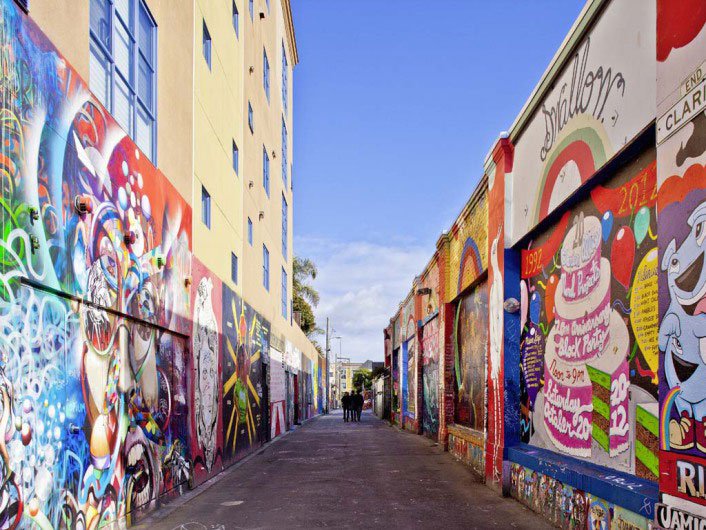 Too Much Love For Mural Walls in Clarion Alley

SF is the city with the mostest when it comes to outdoor mural art adorning alleyways and sides of buildings. We blogged about mural artist Shepard Fairey being in town back in August, finishing large pieces in Hayes Valley and in the Mission District. But as sfweekly.com reports the epicenter of mural art in the city is Clarion Alley (used to be Cedar Alley), a block long scene of didactic art running from Valencia Street to Mission, between 17th and 18th streets.

The popularity of Clarion Alley for top-level mural art has endured for over 25 years, but now with the art form increasing in pop culture and tourism culture and bragging-rights culture the Alley is under threat from too much attention, or “love” as the sfweekly piece calls it. The Alley is actually run by volunteers who have taken it upon themselves to voice the grievances of the surrounding community. Now, tour buses come down the alley, tourists walk it, instagram carries it along with other social media broadcasters, and condo developers hype their closeness to Clarion to prove they’re “edgy” and “vibrant.” Ad campaigns are shot on its sidewalks, with or without permission, and often when city permission is denied.

The Clarion Alley Mural Project (CAMP) is striving to take all this on, and also deal with vandalism and the fact that the artwork is not permanent but is painted over (with permission) with new art.