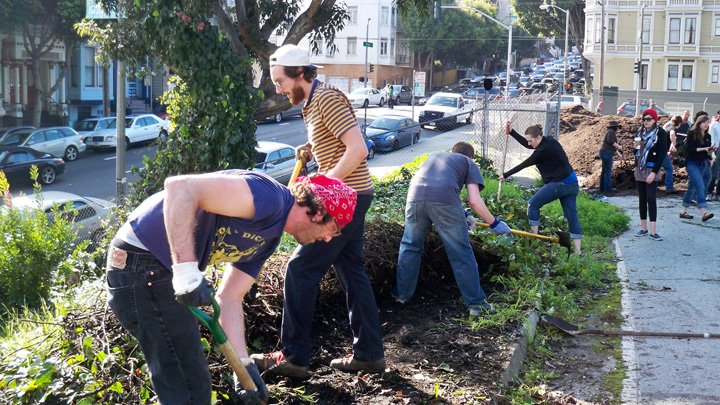 One could assume that real estate value in San Francisco is mostly based on the building itself, on all the design, materials and crafting and location that goes into a residential home or condo. But no. In SF that’s not true. According to experts 80% of the value in any given home property (and all properties) is in the dirt—leaving 20% value in the building itself. Arrian Binnings says, “There was someone in the 1880s who said there’s ‘gold in them thar hills’ and I’ve always said ‘those thar hills *are* gold’ because … it’s extremely valuable dirt we have here.” The land-to-house value ratio in SF is the opposite of what many other cities experience. In Dallas, Texas, the land is worth 10% of the total land/building value.

Currently there are only 18 vacant lots for sale in the city. And they are worth their weight in gold—almost. There’s a plot at 19 Arguello, adjacent to the Presidio entrance, is going for $5.5 million (with plans for a mansion thrown in). Over on 477 Eucalyptus Drive there’s a smallish, crumbling concrete pad on land that’s available for $1.6 million. In the Richmond District a small plot with weeds is going for $1 million.

Binnings says that buying a lot and building on it is a risky venture as the cost of construction can include unforeseen expenses and do-overs.