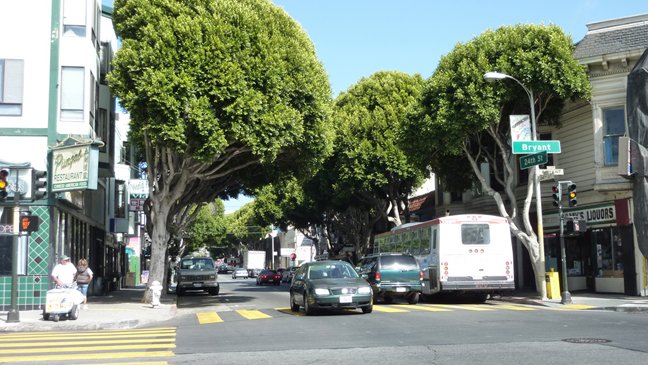 Who takes care of the 40,000 trees (as in maintenance and pruning) on public right of way property near private property owners? As of a few years ago the city (in a campaign to save money) put that arboreal responsibility on the property owners. Homeowners and other property owners were suddenly responsible for deciduous tenants. And that ordinance was very un-poplar.

However, an upcoming vote on the SF November 2016 ballot just made it through the city supervisors recently as a measure to end that much disliked tree-care policy. The city at the time of the public-tree-care-by-property-owners law said that trees were suffering because the upkeep couldn’t be afforded and were also a safety issue as limbs weren’t being trimmed. Turning over that care to property owners didn’t solve that problem as local environmentalists have pointed out that many of the trees are in worse condition now.

The city has about 100,000 trees in its care, with the 40,000 that are now hanging in the balance of this upcoming November vote. City supervisors approved the ballot measure that would take back the tree leases and pay for their management out of the general fund.