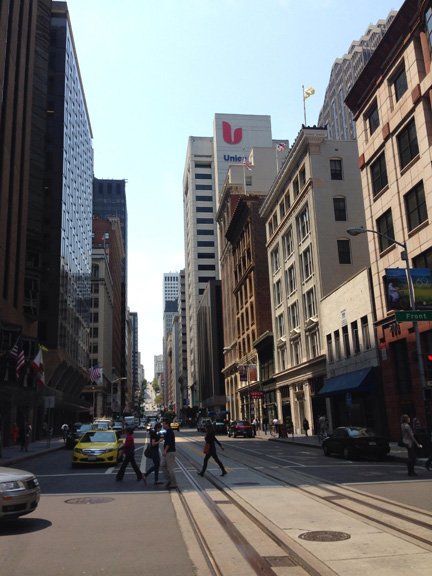 We’re Fifth. As a Walkable City in USA.

A few days ago I posted a blog on our much-loved city being very bike friendly, despite the ridiculously steep hills.

Now, it turns out that ours is the 5th most walkable city in the entire country. That’s a lot of walking competition, and we came out on the high ground. The ranking comes from a 2016 study done by the Smart Growth America think tank in Washington D.C. The report is cleverly named “Foot Traffic Ahead” and studied 30 cities to determine the metropolises that are super walking friendly in ranking order.

The criteria among the city contestants was: 100 or more intersections per square mile, sufficiently high commercial property density, and a walk score of 70.5 or better.

I know you’re curious. Which city was more walkable than ours? In order: New York, Washington D.C., Boston and Chicago. However, the think tank SGA did a kind of unthinking thing that probably skewed SF from being higher. They combined every Bay Area city into San Francisco, rather than just evaluating SF by itself. Go figure that logic. But Los Angeles came in 17th, so there is justice.

One downer: good walking means higher home real estate prices. But it also means there could be some cheaper cost of living.