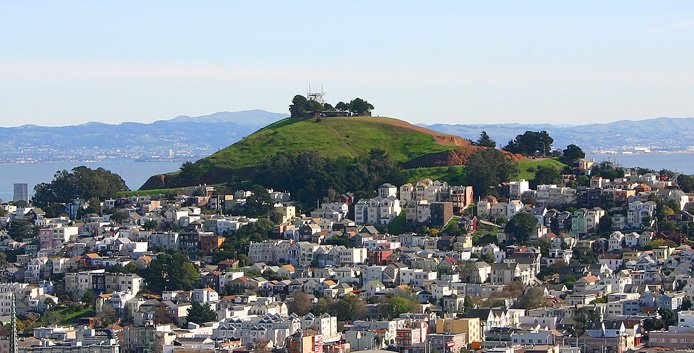 San Francisco is never, ever stuck in a rut. After all, we are trendsetters and thought leaders and change agents across a whole range of cultural/intellectual fields. And so we have new street names to add the city’s way fares: Martin Avenue.

Martin Avenue used to be a kind of no-man’s-land out in the Bernal Heights neighborhood, near the Dogpatch Miller Garden. Out there in what is a “messy, confusing triangle” of blocks’—according to sfcurbed.com—Brewster Street bifurcates into two streets before coming back into Mullen Avenue. Now the Land Use and Transportation Committee is naming this odd stretch of pavement Martin Avenue.

Where hence the name Martin? From one of us, the common folk. The street is named after “Martin Ron, a land surveyor whose admiration for his adopted city inspired him to dedicate his career to achieving expertise in San Francisco land surveying.” This according to the official paper on the naming.

Martin Ron’s surveying work (done through his company that was established in the city in 1969) has touched about every major project in SF over the decades, including AT&T Park, Millennium Tower, Cliff House fix-ups and the Golden Gate Bridge. He is a surveying hero of the city, and thus is honored with his own street name.